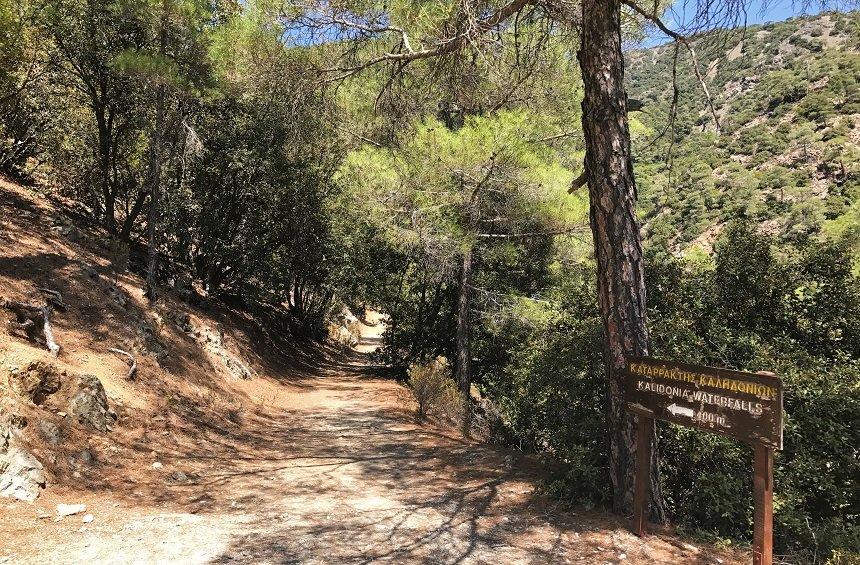 When the British arrived in Platres towards the end of the 19th century, they discovered something that the locals had not noticed before. This particular slope, located just a few kilometers below the peak of the Troodos Mountains, appeared to be a great spot for a holiday resort. In fact, when they encountered the waterfalls north of the village, they immediately felt as though they were back in their own country, and they thus named the waterfall after ancient Caledonia.

The trail that leads to the waterfalls is approximately 3 kilometers long, and it follows the course of Kryos Potamos, the waters of which that lead straight to the falls. The trail begins north of the Psilo Dentro area and follows an upward route towards Troodos. There is a 400-meter difference in altitude, from its start to its finish (the altitude is 1200 meters at Psilo Dentro and 1600 meters at the highest point of the trail). One would need 1 – 2 hours to cross the entire trail.

The trail is hidden beneath a dense forest, where hikers will enjoy the multitude of intense aromas from the local flora by the river. In winter, the scenery is extremely enchanting, as the trail at its highest point is covered in snow, and the water flows in the stream with great force. It is a route worth taking, even with small children.

In the summer, if you do decide bathe under the waterfall, you should bear in mind that the water is quite cold and it falls from the rocks with great strength. As for the the route you may choose, the starting point on the main road from Platres to Troodos (opposite the area of the government vacation homes) allows the visitors to climb down towards Psilo Dentro, which is less demanding than in the opposite direction.

What you can read next 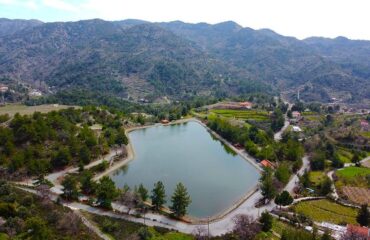 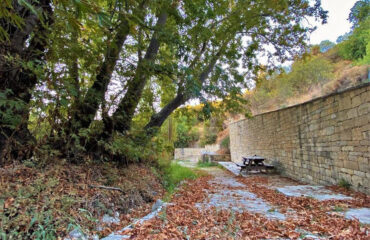 Affordable accommodation, spacious apartments centrally located and only a minute walk to Olympia beach, between the town centre and tourist area, near Crowne Plaza Hotel, next to Debenhams Olympia, Oval business center, within walking distance to dining and entertainment places, ideal location for holidays or business.

Combining the comfort and convenience of serviced accommodation with the freedom, privacy and security of your own home.